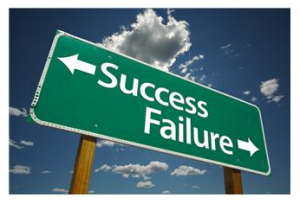 Do you find yourself asking yourself what is success?

We live in a very busy world that is constantly demanding our time and challenging us to battle through situation after situation.  We see the images of success being sold to us on the television, in the movies, and in our music.  It appears that money and becoming rich is all that really defines success.  Success like this seems so far from the grasp of some people.  You have to be a millionaire to be successful.  On top of it, many people who do achieve this type of financial success often seem to lead a life that is filled with divorce, unhappiness, and a feeling of emptiness.   What is success?

What Is Success – The Definition of Success from the Dictionary?

According to dictionary.com, success is defined as follows

Suc-cess {suh k-ses}.  It is a noun that has multiple meanings:

What Is Success In Our World Today?

When you ask people what is success, most people will immediately equate it to money.  Yes, it is all about the Benjamin’s.  The world today sees success as a financially based state.  Are you a millionaire?  How much money do you have?  What Kind of car do you drive?  How many houses do you have?  If you do not have money, then you do not have success.  Success to many is all about money and financial status!

Money has become the jaded prerequisite for success that is being driven by television, music, and movies.  It is a mirage that people who do not understand money or have money run to.  It is the perception of the haves and have not’s, but especially the have not’s.  You do not need money, cars, boats, and planes to be successful.  You do not need material things to be successful.  Money can certainly give you the access to end results that success brings, but it does not define success.  So I challenge you to get past the money thing and really start to think about what is success.  What is success if you take all of the money out of the equation?

I am not here to say having money is a bad thing.  Money is a hugely important thing in most people’s lives.  It is important in my life.  Most millionaires and people who have large amounts of money do not see money as success.  They see money as a measuring stick for things that really matter.  They see money as a vehicle that affords them things that have great meaning in their lives such as freedom to go and do what they want, freedom to spend time with family and friends, freedom to not have to work for someone else, freedom to wake up and just decide not to do anything today.   Success is not measured in dollars it is measured in what matters to you and your ability to be able to do it.

What Is Success, the Sad Reality of Most Peoples Failures?

So we all want to be successful.  We all want to be happy.  Most of us would like to be wealthy enough to enjoy the freedoms to do what we want, but very few people ever achieve the success they dream of, and when I tell you why that is, you will be shocked.  Yes most people will never even come close to being truly successful in their lives.

The reason most people never become successful is because the first step in achieving huge success is defining what success means to you.  The average person spends more time planning their vacation then trying to really sit down for a day and figure out what is success.  What do they consider successful.  What would their lives be like if they were successful beyond their wildest dreams?  What would that look like?

Once you define it you have to put it into writing.  If it is not in writing you have accomplished nothing.  I said nothing.  If I had a dollar for every time someone told me they were going to be a millionaire, and then I asked how and they said “I don’t know I just am”.   You have your definition of success, your goals, and our plan to achieve it in writing so that you can have them in front of you at all times.  You have to be able to look at your success plan every day and embed it into your brain.   You have to know beyond a shadow of a doubt where you are at now, and where you are going to.   You have to know exactly what success means to you, and how you intend to achieve it.

What is Success to You?

What is Success – Answering the Question through Thought?

In order to really change your life, you have to sit down and clearly define what success means to you.  What a successful life would look and feel like to you?  Once you have spent the time really answering the question what is success, then and only then can you begin to craft a plan of attack to achieve it.  Until you have a definition of success and what it means to you, goals to achieve the success you dream of, and a well thought out plan to go after your success then you have nothing.  You have what 80% of the people in this world, no real direction.  If you have no clear cut understanding of what success means to you have no goals and plan, you have no direction, and you have no chance of ever achieving success.

You have to give yourself a chance.  You have to believe you can achieve your greatness success.  You can accomplish all of your dreams.  You can be a difference maker in your world, your family’s world, and the entire world.  This all starts with the simply question, what is success?

Jeff Moore is the Owner and writer for topsuccesssite.com.  Top Success Site is here to help you define what is success, and to achieve the success you dream of!