What Is Driving Success In America? 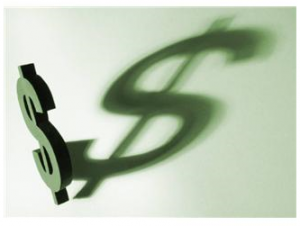 What Is Driving Success In America

What is driving success in America?  Who is seeing the most success in this amazing country?  Are rich parents creating rich kids, or is there more to the picture?

According to an article recently published in the New York Times the answer is not so clear.  The Times called the information presented in its article somewhat un-American fact, due to the fact that the story was based on the certain groups in the U.S achieving much greater success than others.  Certain ethnic, religious and national-origin groups are doing strikingly better than Americans overall according to the article by the Times.

Facts from the Article include the following:

Some may think the reasoning behind this is that they are mere artifacts of class.  In other words it is a situation of rich parents passing along advantages to their children, or could there be more to the picture.  According to the Times article, there is comprehensive study that was published by the Russell Sage Foundation in 2013 showed that the children of Chinese, Korean and Vietnamese immigrants experienced exceptional upward mobility regardless of their parents’ socioeconomic or educational background.  Rich parents passing on advantages is not always the case.

The article also cited the fact that pointing out that some groups do a better than others is racism, but the writers of the story Amy Chua and Jed Rubenfeldjan feel the facts actually do the exact opposite stating the following:

There are some black and Hispanic groups in America that far outperform some white and Asian groups. Immigrants from many West Indian and African countries, such as Jamaica, Ghana, and Haiti, are climbing America’s higher education ladder, but perhaps the most prominent are Nigerians. Nigerians make up less than 1 percent of the black population in the United States, yet in 2013 nearly one-quarter of the black students at Harvard Business School were of Nigerian ancestry; over a fourth of Nigerian-Americans have a graduate or professional degree, as compared with only about 11 percent of whites.”

The article goes on to state that groups in the U.S rise and fall economically, socially, and when it comes to achieving success.  This is a common situation to have any group of this nature at one time or another on the decline or the upswing.  Whether a particular group is up or down, there are some things they share when it comes to creating success for themselves despite their diversity.  Successful groups in America share three traits that allow them to excel and achieve success.

3 Traits Success Groups In America Have In Common:

The article does a great job or providing information and facts that tell us very clearly that at certain times one ethnic group, religious group, etc. may be up or down as a whole when it comes to achieving success, but success is never totally limited to anyone despite your sex, race, religion, or nationality.  Anyone can become successful in America!

To learn more about success in America, business success, making money, and how people become millionaires, go to topsuccesssite.com!