The Bet Is Won Before the Game Is Ever Played 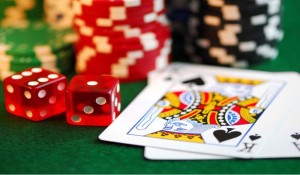 When I was called upon by a former boss to go to work for Jack Cassidy who at the time was in charge of a new wireless division at Cincinnati Bell, I was not totally sure about the opportunity.  I was being asked to run the direct sales group.   It was 1998 and I really had no idea what I was getting myself into.  It turns out a former boss of mine at MCI Jim Shirazi had asked Jack if he could bring me on to help with the launch.

Jim Shirazi described the opportunity it in the interview as “the chance of a lifetime to run it all from start to finish”.  He told me later “Jeff, this is your baby.  We launch in 30 days and you got the direct sales force.”  That was an exciting time for me because I knew I could not only do that job, but do it well.

What I did not realize is that I would be working right under one of the most influential leaders I have encountered in my life.  Jack Cassidy was a former General Electric guy under Jim McNerny and Jack Welsh.  This meant his management style was very conducive to driving results and throwing employees especially the leadership a lot of curve balls along the way.  With that being said, Jack Cassidy turned out to be one of greatest teachers I have had for both good and bad reasons but for the most part very good.

So let me get to the point.  One day while in the executive conference room on the 16th of the Cincinnati Bell Wireless corporate offices, Jack asked me how our team was going to do for the month.  I immediately gave him a very direct and forthright answer, and I assured Jack that my team to be more than successful for the month.  As Jack paced the room looking for weakness, as he often did he began to speak to me in a manner he had never done before.  It was not as much as a boss to an employee but rather a student to a teacher.

He glanced around the room and looked up at me and simply said “Jeff, you do know the bet is won before the game is ever played don’t you”?  He then paced back and forth, well Jack never really paced it was more like a stroll.  He looked back up and said “if you negotiate terms you know you can meet or negotiate the scores you know you can beat then you win the bet before the game is ever played”.

Looking back Jack was right.  The key to winning any bet is to negotiate the best terms and conditions and set the bet in your favor before the bet is ever made.  The point of this story is that when push comes to shove there are a lot of times in business situations that we can set ourselves up to win.  We can also set ourselves up to lose if we are not careful.  The next time you are put on a project or asked to give your boss or anyone else in the office for that matter an idea of how you will perfume, ask yourself before answering what type of bet,  terms, or performance will make you a winner before the game is even played .  If the boss is asking too much then try to negotiate better terms if possible.   Try to work to make the terms of the job at hand fall in line with what you know is manageable and try to get to a point that you can under promise and over deliver.

Remember, as Jack Cassidy told me “the bet is won before the game is ever played”.  This will help to make you a star the next time you are asked to perform a task.  This will allow you to win at the game of success.  By the way, our management team went on that year to have the most successful PCS launch in U.S. history.  It was a great team effort put together by a lot of smart hard working people.  I was proud to have played such a big part in the sales piece of the success.  Jack Cassidy went on to become the CEO of Cincinnati Bell.  I will never forget Jack, and the things I learned from working under him.