Judge Your Success, Don’t Judge Others 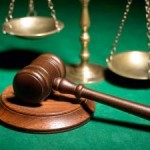 Do not judge people

Try to never judge people, it will most likely only get you into trouble.

I had a colleague Greg Stacy who is a successful financial advisor who told me that his grandfather used to always tell him “Never judge people by what they have in their right pocket because you never know what they might be in their left pocket”.

Well I am here to tell you that rarely do millionaires feel the need to be flashy. Do you know why that is? It is because millionaires already have it. They do not have to prove anything to anyone. If they need to feel good about what they do all they have to do is review their assets to look back on their accomplishments. There is no need to appear rich when you really are rich. On the other hand the old fake it until you make it motto or in most cases fake it because you have to fake it person always feels the need to make us all think they have money.

When I was younger, I wanted to find a wealthy mentor or group of wealth mentors to teach me about the way of wealth. So I began hanging out at some of the nicest restaurants and clubs in town. I met a lot of people who appeared to be rich, but I quickly realized none of them were truly rich. One day I had a friend invite me to a meeting. He guaranteed there would be at least eight certified millionaires in the meeting. I was stoked being the young naive person I was.

My friend told me to show up at our local Waffle House at 7:00 am. He said do not be late. I asked him if I came to that meeting would he get me into the meeting where all the millionaires would be. He just said be there.

When I got there I saw my friend sitting at a table. He was surrounded by a large group of gentlemen. Most of them were in t shirts and jeans and wearing baseball caps. I approached my friend, and asked me to sit with him and his group. I was irritated due to the fact that I really wanted to get to the millionaires meeting he promised he would get me to. I told him I could only stay a minute. I asked him quietly where I had to go to get to the meeting he had promised me, and he simply said you are here in it right now.

At first I thought he was messing with me. It turns out that all of the gentlemen at that breakfast had a net worth of well over a million dollars. They were land developers, builder, and business owners who had been meeting for years at the Waffle House.

Do you know why they met a Waffle House because they liked Waffle House, and they did what they wanted to do. They dressed as they did, met where they met, and discussed what they discussed because they did not have to prove anything to each other and they certainly did not have to prove anything to anyone outside their circle. They had nothing to prove to me that day. It turns out they were just a bunch of down to earth people who had each found the key to being really successful. They all believed in saving money. To them money is to be valued, not just spent randomly. They had all saved a lot of money. They all were married to their original wives, and had been married for quite some time. All of them drove nice but modest cars and trucks. They all liked making money, but not at the risk of hurting their reputation for being honest.

It turns out this group of gentlemen were also more than willing to discuss the principals of success to a few hungry, eager to learn, non assuming, and totally grateful young men. I learned more at that waffle house in one morning than I had in two years at my first job.

The most important thing I learned was never to judge anyone simply based on their look or lack of a look. Success is hard enough to find without us putting a bunch of preconceived judgments on how we might find it or what it might look like.