How to Get What You Want 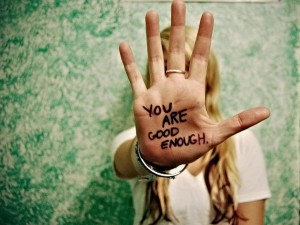 The age old question, how do I get what I want.  I run into people all the time that ask me how they can get what they want.  They look at the successful people around them and cannot figure out why they seem to get what they want more often than not.

In this world everything is negotiable.  People may tell you that something is not negotiable, but really it is.  We negotiate everything from our pay, to our job position, down to the cost of a hotel room.  We negotiate our cars cost, the price of a plane ticket, and even to get our children to do things.  Everything is negotiable.  The reason most successful people get what they want is that they ask.  They are simply willing to ask for the best deal.

Life is all about asking and working to get the best possible deal.  Wealthy people ask for the best deal.  They negotiate everything.  They know that every penny they save by negotiating can be invested somewhere else.  They also know that the more they ask, the better they get at asking.  The better they are at asking, the more they get.  They have been negotiating all their lives.  They have become very good at, but it does take practice.

Rarely do I come across a deal that I do not ask for what I want.  It amazes me that people sit by quietly during deals and do not ever ask for what they want.  The worst thing that can happen is that other party says no.  Here the best part.  They may say no to what you asked for, but most likely they will concede something else in exchange for not giving you all of what you wanted.  So in other words, you asked and did not get exactly what you totally wanted but you did get something so you are better than where you started.

Start asking for the thing you want.  Make sure to do this in a professional manner.  Ask in a manner that will not offend the other party.   Make sure what you are asking for is still a fair deal and a win win for both parties.  The more you ask the better you will get at asking.  The better you get at asking, the more you will get!  If you want the real secret to getting what you want in life, the first step is to ask for it!